Four things you should know about EUTELSAT QUANTUM

Here is what makes this new satellite so unique.

1. A pioneer in the field of commercial satellites

The EUTELSAT QUANTUM satellite is a world first, marking the start of a new era of commercial satellites. Putting agility and flexibility in the hands of our customers, the satellite paves the way for dynamic resource management to meet changing demands in real-time.

Traditionally, commercial satellites are designed for a fifteen year lifetime. However, with a three-year procurement and building phase, their design must take into account the needs to be addressed over a cycle of eighteen years, despite evolving markets and commercial environments.

EUTELSAT QUANTUM’s revolutionary approach can be summed up in one word: flexibility. Flexibility in coverage, power, frequency and bandwidth. Each of these features can be reconfigured in-orbit throughout the satellite’s lifetime, to efficiently serve applications and ensure optimal use of resources at all times. Customers will no longer have to predict market requirements or anticipate changes in the future: with this new way of managing day-to-day operations they will be able to tailor coverages to their immediate needs.

EUTELSAT QUANTUM represents the culmination of many years of research and evaluation driven by Eutelsat, and supported by major partners such as the ESA, the UK Space Agency, and Airbus.

Powerful operational software ensures that the payload resources are used as efficiently as possible, to predict, operate and manage the on-board configuration and reconfiguration of the satellite. This level of flexibility requires the ability to accurately simulate, optimise and control the satellite once it is in orbit.

3. A new standard of customisation

The satellite’s flexible behaviour enables it to adapt to its environment, giving customers in the government, mobility and data markets the ability to vary coverages based on their immediate needs and allocate resources between beams and regions, optimising their capacity use.

While EUTELSAT QUANTUM’s flexibility in terms of coverage, power and spectrum reconfiguration is significant, its beam tracking and hopping capabilities extend its boundaries even further. Beam reconfiguration enables EUTELSAT QUANTUM to track mobile terminals. For example, in the marine industry, a beam can now be reconfigured to seamlessly track the progress of a terminal across an ocean, without having to lease multiple beams to cover the relevant regions.

4. A forerunner in tomorrow's space industry

EUTELSAT QUANTUM is leading the way for a paradigm shift in building telecommunications satellites.

Taking inspiration from EUTELSAT QUANTUM, satellites built according to a standard specification and configured in orbit could be mass produced, unlike the custom-made production of traditional satellites, which are configured during construction. EUTELSAT QUANTUM could be the first step in a “quantum leap” forward for the satellite communications industry, while at the same time meeting the evolving needs of our customers. 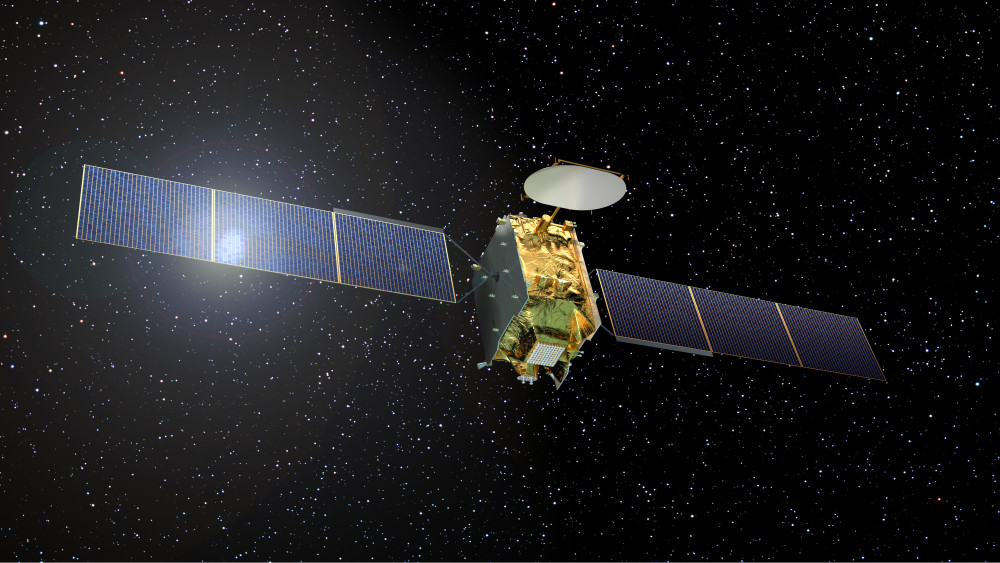