Paris, 23 November 2020 – Leveraging the availability of the EUTELSAT KONNECT satellite, Eutelsat Communications’ (Euronext Paris: ETL) new direct arm, konnect, has kick-started the retail distribution of next-generation satellite Broadband across Europe and Africa. The service is currently being rolled out across both continents, with broadband packages designed to address the needs of individuals, small businesses and institutions currently operating beyond the fiber footprint.

The recent acquisition of BigBlu, Europe’s leading distributor of satellite broadband, has added significant firepower to konnect’s retail capabilities. With regulatory approvals to operate across both continents secured, konnect has launched a multi-channel retail strategy encompassing online distribution and telesales in Europe and a multiple channel partners and retail stores in Africa. In complement to the recent wholesale agreements with Orange for the entire capacity in France and TIM for capacity covering Italy, initial retail distribution will be focused on the UK, Ireland, Germany, Spain and Portugal in Europe and Côte d’Ivoire and Democratic Republic of Congo in Africa, ramping up progressively to cover the 15 European and 39 African markets in EUTELSAT KONNECT’s footprint.

As it accelerates its operation, konnect is rapidly re-defining connectivity expectations for people who live and work beyond the fiber footprint, offering them an immediately available service with packages offering:

Commenting on the campaign, Eutelsat Deputy CEO Michel Azibert said: “We are delighted to see konnect ramping up its marketing efforts in the wake of the availability of the significant new in-orbit assets brought by EUTELSAT KONNECT. ‘konnect’ is the name of our satellite and our brand, articulating in a single word, an exciting new direction for the Eutelsat Group. At a time when the demand for reliable, affordable high-speed broadband has never been higher, konnect offers an immediately accessible solution for individuals, businesses and institutions living beyond the reach of terrestrial infrastructure.” 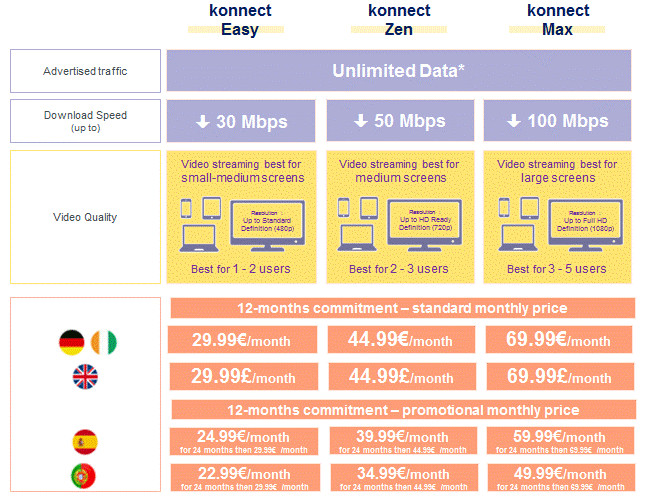 *On the Easy Starter, Zen, Max service plan, after 20GB, 60GB and 120GB of data usage, the data might be prioritized behind other customers during network congestion. The data traffic is not accounted during the night (from 1 to 6 am – local time). 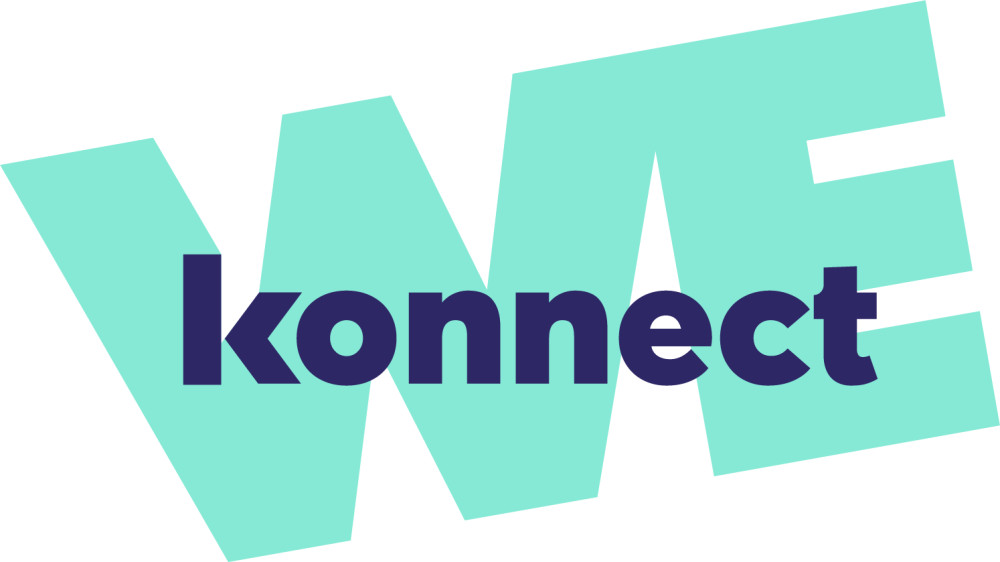 Founded in 1977, Eutelsat Communications is one of the world's leading satellite operators. With a global fleet of satellites and associated ground infrastructure, Eutelsat enables clients across Video, Data, Government, Fixed and Mobile Broadband markets to communicate effectively to their customers, irrespective of their location. Over 6 600 television channels operated by leading media groups are broadcast by Eutelsat to one billion viewers equipped for DTH reception or connected to terrestrial networks. Headquartered in Paris, with offices and teleports around the globe, Eutelsat assembles 1,000 men and women from 46 countries who are dedicated to delivering the highest quality of service.