Building on the longstanding relationship between the two companies, the agreement will stimulate growth at the leading pole for satellite TV in Europe, Western Russia and the Middle East. Furthermore, it will accelerate the transition to High Definition for channels broadcasting within the extensive footprint of Eutelsat’s unique video hub.

Within the framework of the agreement, Globecast has signed a first contract for HD delivery of Turkish TRT World from the HOTBIRD neighbourhood. TRT World belongs to TRT Group, Turkey’s national public broadcaster. Launched in November 2016 and featuring an exclusively English-speaking line-up, the international news channel is leveraging HOTBIRD’s distribution capabilities to reach millions of satellite homes in Europe, Western Russia and the Middle East. Its launch underlines the HD dynamic, particularly at the HOTBIRD neighbourhood where one channel in four (275 channels) is now in High Definition and where HD has grown by 30% over 12 months.

Philippe Bernard, CEO at Globecast commented: "It's rewarding for us to continue our relationship with Eutelsat, given our long history as a trusted technology partner. Satellite distribution is one of our core strengths, and we’re excited to be able to grow sales and usage of HOTBIRD’s capacity through this deal whilst delivering high quality HD content for TRT World.”

Michel Azibert, Eutelsat’s Chief Commercial and Development Officer, added: “Building on our longstanding collaboration with Globecast, this agreement underpins our ambition to focus efforts on key technological and commercial partners. The agreement between Globecast and TRT World further anchors HOTBIRD as a benchmark video hub featuring extensive reach and delivering 1,000 channels in more than 30 languages.” 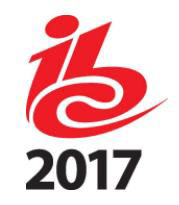